What to do in Cordoba

Cordoba is considered one of the most beautiful cities in Andalusia. It receives many tourists every year and they fall in love with all its traditions and corners.

A city founded by the Romans during the 2nd century B.C. Did you know that Cordoba is the city with the most UNESCO World Heritage titles in the world? A total of four.

If you are thinking of discovering this wonderful provincial capital, we have prepared a list of the best places to visit in Cordoba in two days.

What to do in Cordoba – Alcazar of Cordoba and Jewish quarter

You have probably heard of the gardens of the Alcazar of Cordoba, you can enjoy the patios of the Alcázar and if you go early in the day, there will probably be fewer people.  The visit usually lasts around 1.5 hours.

After visiting the Alcazar, you can’t miss the Jewish quarter of Cordoba, today it is one of the most popular places in the city. A set of streets full of charm where you can find old buildings, beautiful courtyards and charming corners.

An outstanding place is the Maimonides Square in Cordoba, where you will find the statue of the most important doctor and philosopher in Cordoba. Just next door you will see the entrance to the municipal souk, a beautiful Andalusian courtyard. 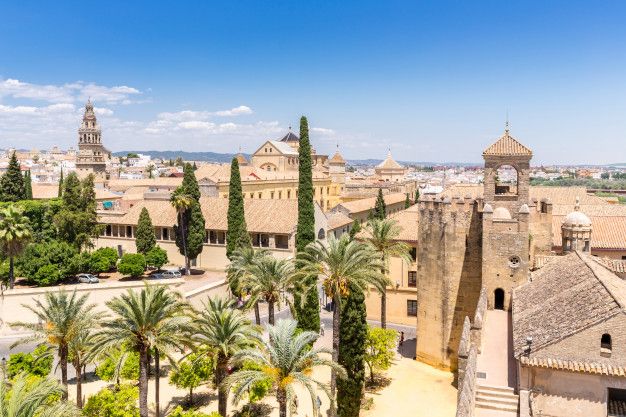 What to do in Cordoba – Mosque-Cathedral of Cordoba

Without a doubt it is one of the most acclaimed places by all those who come to see Cordoba. A very singular place since it shares Gothic, Baroque, Renaissance and Mudejar styles that give a unique monument in the whole planet. Along with the Alhambra of Granada is one of the most visited sites in Andalusia.

Never before had there been a cathedral inside a mosque!

As if this were not enough, before entering you will be able to contemplate the Patio de los Naranjos, whose trees were planted in the 18th century. 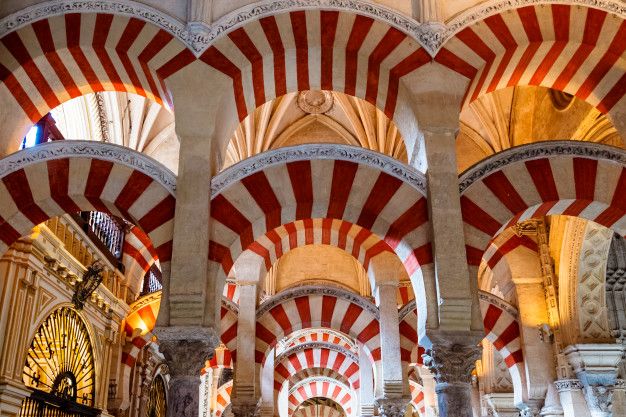 A few minutes from the cathedral you can see these two very famous streets of Cordoba. Probably from this point is where most of the photos are taken where you can see the tower of the mosque. 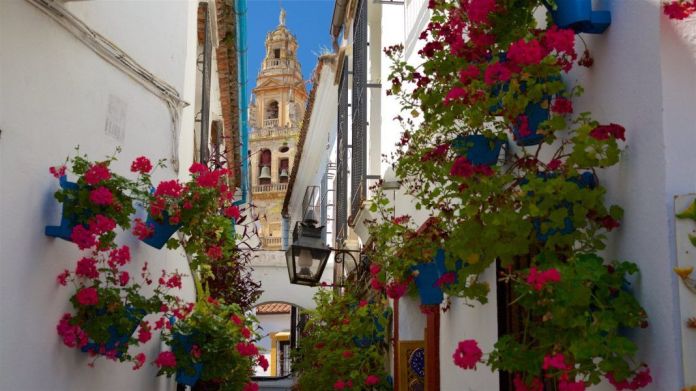 What to do in Cordoba – The Synagogue

One of the most important places to visit Cordoba in two days.  Entrance to the Cordoba Synagogue is free (closed on Mondays). You will be able to see beautiful patios and magical streets. If you return through the streets of the Jewish quarter to the door of Seville in Cordoba you will be able to contemplate one of the most beautiful parts of the wall of the medina of Cordoba. 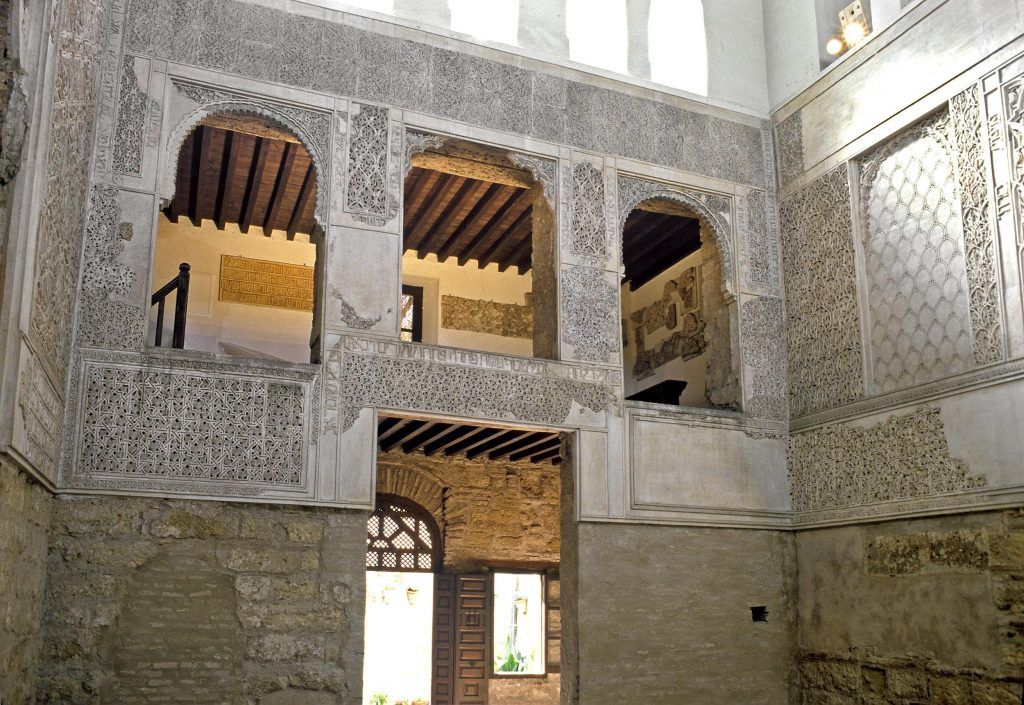 What to do in Cordoba — The Roman Bridge of Cordoba

One of the favorite places for the Cordoba people, but also for the foreigners. The Roman Bridge of Cordoba is perfect for walking, it was built during the 1st century and was the only one in the whole city until the middle of the 20th century.

At present this bridge is pedestrian so you can stop to contemplate the passage of the river Guadalquivir. In the northern part of the Roman Bridge of Cordoba is one of the 3 remaining gates in the city, the Gate of the Bridge.

If you want to see one of the most spectacular sunsets in Andalusia visit this place when the sun will set. 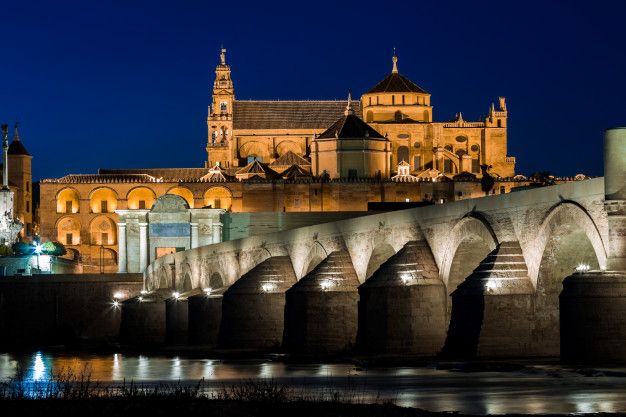 What to do in Cordoba – Calahorra Tower

At the time of the Muslims this tower had the function of protecting the entrance to the city before crossing the river.  You can visit the tower, now you can find an audiovisual museum that depicts the coexistence between Christian, Jewish and Muslim cultures in Cordoba. 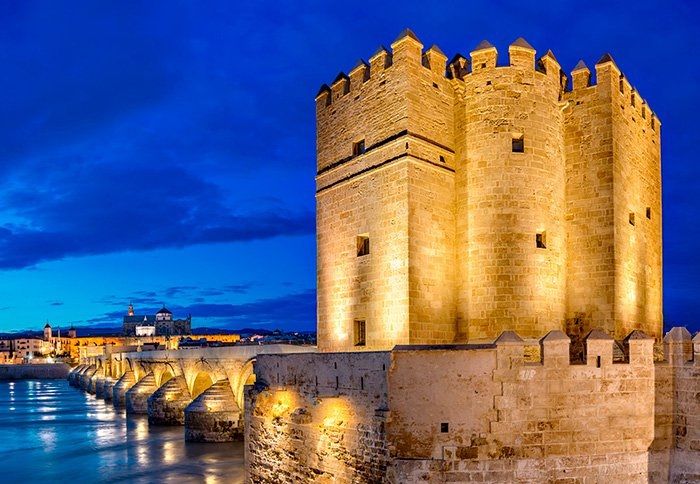 What to do in Cordoba– Corredera Square

It is one of the most neuralgic centers of the city, and one of the most beautiful squares in Spain. You will be able to find the only square porticoed to the Castilian style in all Andalusia. Here you will find many of Cordoba’s typical bars. 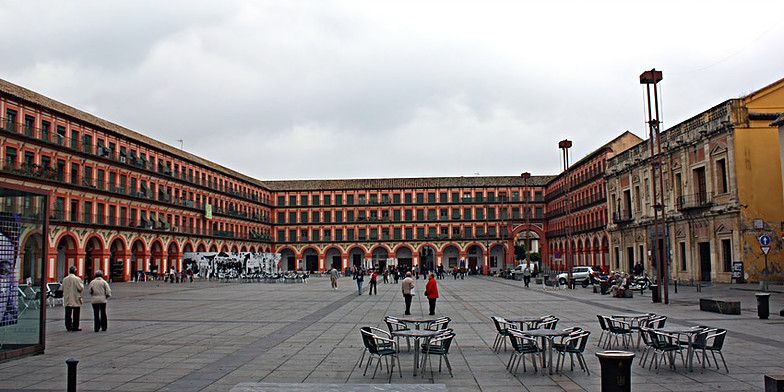 What to do in Cordoba-  Viana Palace

If you like to feel nature you will love this place. Surrounded by twelve magnificent patios and a fantastic garden. In addition, this space hosts numerous collections of paintings, mosaics, tiles, etc.

Inside you will find the great library from the 14th to the 18th centuries. 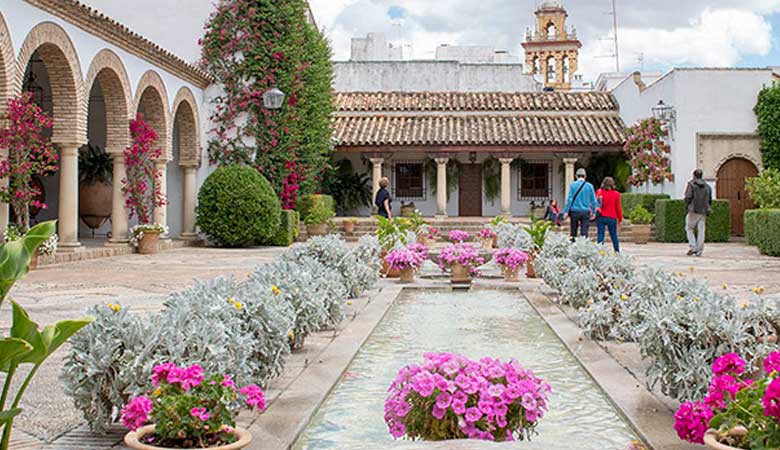 What to do in Cordoba– Fernandine Churches 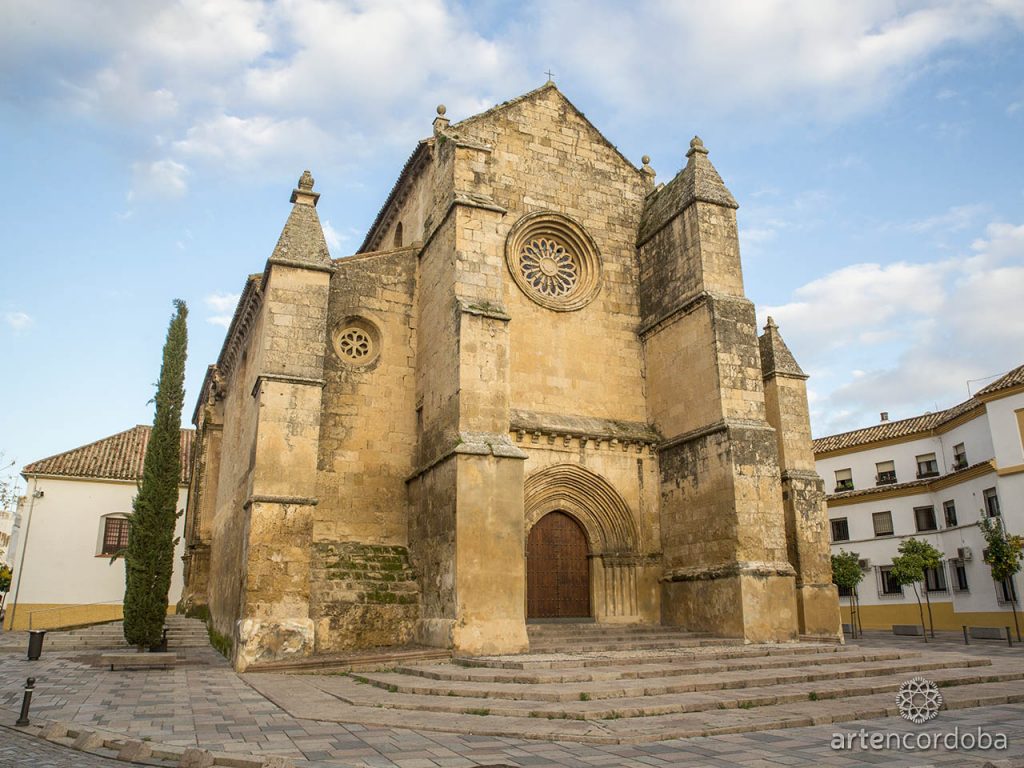 What to do in Cordoba- Medina Azahara

We could not leave Cordoba without seeing Medina Azahara, this important site is only 7 km from the city of Cordoba. The history of Medina Azahara begins with Abderraman III, and the decision to build a new city on the outskirts of Cordoba. Every year it is visited by more than 1,300,000 people and in 2018 it was declared a World Heritage Site. 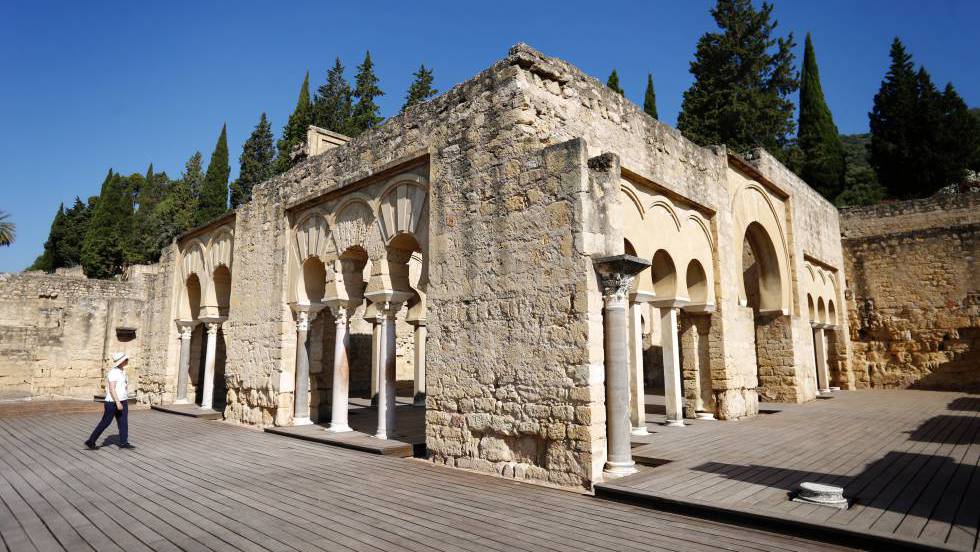 As you can see there are many places you can visit in Cordoba on a weekend. Everything depends on what you want, but we recommend that you visit the most touristic places first thing in the morning because there won’t be as many tourists. Travelling from Malaga? Rent your car now and enjoy all the places that are so close.

Also if you like the culture and customs of Andalusia you can check what to see in Malaga or Seville in two days.